Forests provide a myriad of globally beneficial functions, including the sequestration of atmospheric carbon, creation of clean air, regulation of water and nutrient cycles, and the mitigation of natural disasters. But none are as dynamic and vital to the immediate well-being of humans and ecosystems on which our livelihoods depend as the safe harboring of biodiversity.

While biodiversity certainly include fauna, equally (if not more important) is the biodiversity of flora — ranging from trees that are large enough to house their own microecosystems and symbiotic species, to bacteria and fungi that support nutrient fluxes and electrochemical interactions within complex mycelial networks. Forests hold over 80% of terrestrial species, and sustain the economic livelihoods of much of the world’s poorest people. Unfortunately, much of this biodiversity — both itself and its benefits — is being lost to a number of human-caused drivers.

Much like the explicit drivers of deforestation itself, the direct drivers of forest biodiversity loss include:

Since 1990, an estimated 81 million hectares of primary forests has been lost.[1] The result isn’t just the defaunation of these biologically diverse ecosystems, but also the loss of the untold genetic biodiversity. This undermines forests’ resiliency to further stresses and compromises the ecosystem services they provide to humanity. It was estimated that by 2005 more than 60% of global ecosystem services have been impaired over the previous 50 years, and is undoubtably accelerated in the nearly two decades since of unrestrained ecosystem degradation.

Opportunities and Goals of COP15

For the next two weeks, the UN Convention of Biodiversity (CBD) will be holding its 15th biennial Conference of the Parties (COP15) in Montreal, Canada, in the hopes of advancing a global framework to combat the issue biodiversity loss, collectively build momentum to address its drivers, and identify immediate catalytic actions that align economic incentives with robust science. Building off the momentum to address climate change under the UN Framework Convention on Climate Change and its kinetic 2015 Paris Agreement, the parties to COP15 will look to finalize the Post-2020 Global Biodiversity Framework (GBF).  — The primary goal of this framework is to “halt and reverse” biodiversity loss by 2030 and ensure that humanity is living “in harmony” with nature by 2050. Within the original draft framework from which the GBF will hopefully be built at COP15, the more overt goals include:

• The mainstreaming of biodiversity in National Biodiversity Strategies and Action Plans (NBSAPs).

• Addressing the direct threats to biodiversity.

• The sustainable use of biodiversity.

• Equitable benefit-sharing of biodiversity with indigenous and local communities.

Loftiness aside, significant, immediate, and explicit actions must be taken to achieve these ends by 2030, and besides time, the most important need is the financial support to do so. A recent UN estimate shows that only US$154 billion per year is allocated to nature-based solutions from both public and private sectors, which is only one third of the amount needed by 2030 to halt biodiversity loss, let alone address broader drivers such as climate change.

As stated previously, forest ecosystems are of particular importance to biodiversity and, thus, forestry practitioners hold a similarly important responsibility for the maintenance of high integrity forests. Mirroring the complexity of a forest ecosystem with its intricate network of pollinators, seed distribution, decay, and growth needs an integrated multi-stakeholder approach in order to mainstream biodiversity within forest-relevant policies, strategies and programs.

As the Paris Agreement required countries to shape their Nationally Determined Contributions (NDCs) based on collaborative goals and individual capacity, the CBD’s Aichi Biodiversity Target 17, on which the GBF will be built, requires parties to publish their aforementioned National Biodiversity Strategies and Action Plans (NBSAPs). Within the forestry sector, this approach should utilize a number of specific sustainable forest management tools, including spatial planning-based approaches, species-based approaches, regulatory instruments, participatory forest management, economic instruments, and market-based instruments.[2]

These last two approaches may be of the most interest to the more than 1,400 private sector companies in attendance at COP15. Through the development of new innovative frameworks developed by the Taskforce on Nature-Related Financial Disclosures (TNFD) and the Science Based Targets Network (SBTN), business leaders will be able to mainstream ecosystem services into decision-making around investments and risk.

With an in-depth understanding of the long-term financial viability of protecting and restoring nature, more companies will join the likes of Salesforce to implement nature-positive policies within their own portfolios. This also could potentially unlock new opportunities for innovative financial markets, such as what has been highlighted in recent months through the work of the World Economic Forum on Biodiversity Credits. 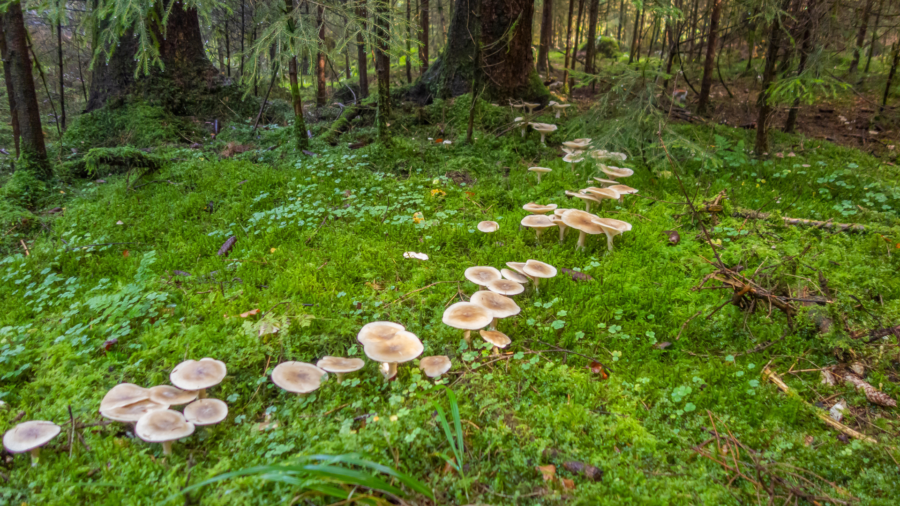 At COP15, members of the 1t.org US team will be in attendance and focused on this nexus between the design and implementation of NBSAPs in order to catalyze both public and private sector actions in support of high integrity forests — specifically prioritizing forest biodiversity at the ecosystem, species, and genetic levels. It is our hope to see robust policy alignment to mainstream biodiversity across sectors and stakeholders, and in financial decision-making. We want to see mandatory disclosures on biodiversity risks and impacts that factor in foundational scientific data to support healthy and high integrity forests for 2030 and beyond to 2050.

These are complex problems that require increasingly complex solutions as we work to engage, expand, and deepen the multi-sectoral stakeholder community that is 1t.org US — working collectively to conserve, restore, and grow a trillion tress by 2030.

At COP15, 1t.org US and our members will look to engage, learn, and provide complementary thought leadership around forest biodiversity in some of these specific areas:

• Highlighting the importance of high-integrity and biodiverse forests, ranging from tree species selection to genetic diversity.

• Supporting the paramount value of equitable use and benefits of forests and their biodiversity, particularly for indigenous and local communities — for local and global benefits.

• Making the business-case for forest and biodiversity conservation and restoration, in alignment of national and global strategies.

Too much jargon? Prefer to focus on bees, birds, frogs, and fish? In our interconnected global ecosystem, these charismatic biodiversity foci are as dependent on their ecosystems and the catalytic actions we take to protect them as humans. With 80% of terrestrial biodiversity, forests are a keystone for not only climate change (as has been highlighted at COP27), but also biodiversity.

It is at COP15 that all 196 parties to the UN CBD (to which the US remains inexplicably absent) can collectively affirm their commitments to restoring the very idea of nature as well as its value in our economies and to our national identities. Through the ratification of a robust GBF by national governments, the realization and alignment of incentives by their private sector partners, and an embrace of the ecosystem-specific actions needed by citizenry, COP15 can truly be a historic moment for nature. 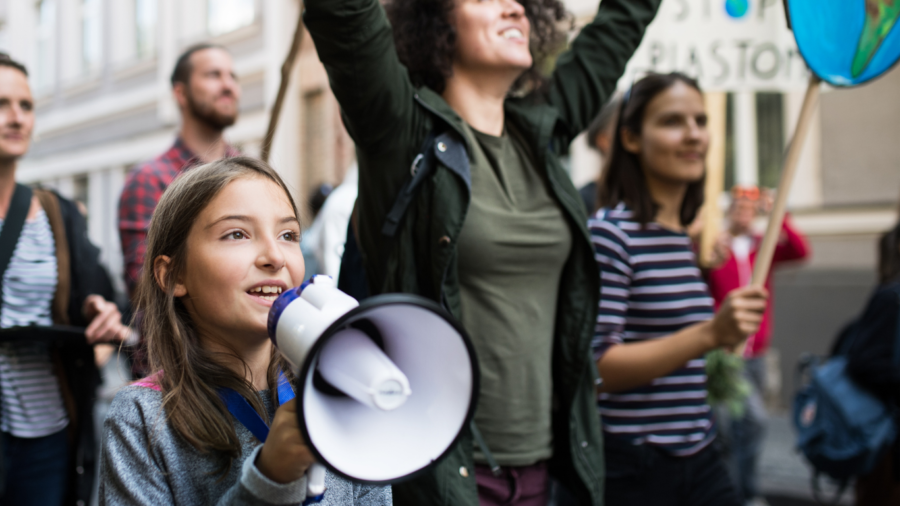 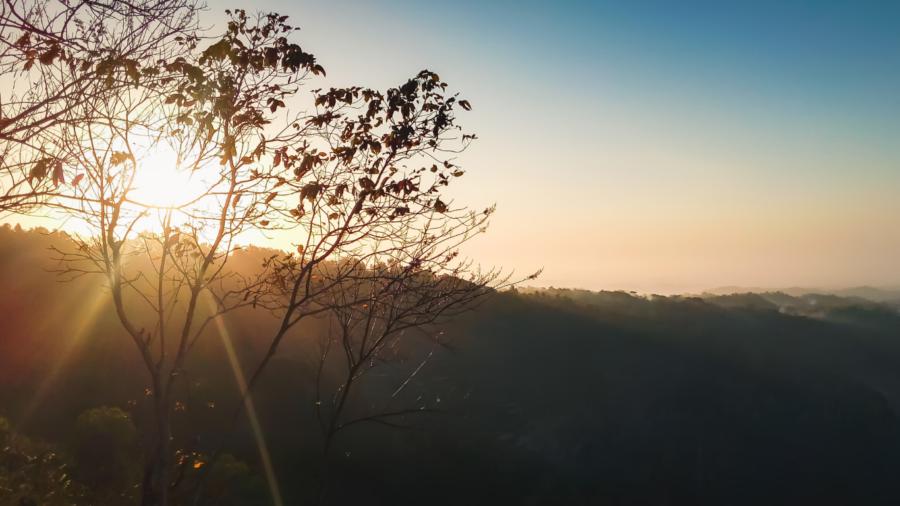